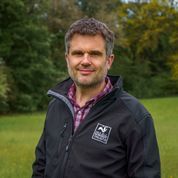 Craig started as Chief Executive of The Wildlife Trusts in April 2020, with the ambition of putting a third of the UK’s land and sea into nature recovery by 2030. He was previously CEO of Friends of the Earth where he led victorious campaigns on bees, fracking, and against the expansion of Heathrow Airport.

Craig was Deputy Director at The University of Cambridge Institute for Sustainability Leadership (CISL), and Director of The Prince of Wales’s Corporate Leaders Group on Climate Change (2007 - 2010). He has campaigned on corporate accountability, trade, wildlife issues, and international wildlife crime. He has a BSc (Hons) in Human and Physical Geography and an MSc in Biodiversity Conservation, an Honorary Doctoral degree from University College of Estate Management (UCEM), an Honorary Doctoral degree from Anglia Ruskin University and he is Honorary Professor of Sustainability and Innovation at Alliance Manchester Business School.